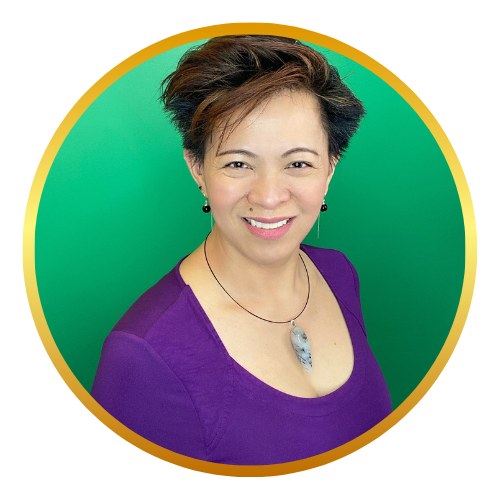 Thank you for being here. You found me for a reason.

Angel is a Transformational Life Accelerator and Wealth Activator Coach and Mentor For Struggling Spiritual Entrepreneurs who wants thriving business and abundance by design.

As a result of her Life Accelerator & Wealth Activation Coaching, Mentoring and Healing, her clients heal their relationships with their family, their partners and with money that allows them to generate more money and sales effortlessly and live the life of their dreams.

Blog Angel’s Me Too Story

Angel’s Me Too Story

Ever wonder why your Journey doesn’t seem to be simple like the others?
Why you’ve struggled to fit in?

I’m going to be very vulnerable with you and share one of my darkest places in life.

I grew up in a very negative and abusive environment physically, emotionally, verbally.
I grew up always trying to prove myself to him that I can do anything a boy can.

I hated myself because no matter what I did, I was worth nothing to him unless it’s worth bragging about to his friends like being top 3 in school all the time.

I was raped by a distant relative at the age of 5.

I can still vividly remember the place he brought me, it’s under a giant tree in the forest far enough for anyone to hear my scream. He had a knife pointed at my neck so I wouldn’t ‘t scream and tied my hands so I couldn’t do anything.

I was crying and begging him to stop whatever he’s doing. He didn’t care…
I was in so much pain that I wished to die that time.
When he’s done, he told me he’d kill me and my mom if I dare told anyone what he did to me.

When my mom tried to give me a bath, I said no because I’m afraid she’d find out what happened.

I told her I’m sick so that she can’t give me a bath but then I really got sick, I had a fever probably because of what happened.

The guy still comes to our house and sometimes eat there, would look at me with threat and evil smile and I would be so scared.

I was raped again when I was 7 years old, this time by my cousin who’s a year older than me who was in our house for a vacation.

I was so confused and scared.

And at that age, I felt filthy and hated men and myself.

I hated my father for not being able to protect me.

I hated him for not being there when I needed him…

One night, he came home drank and I saw him raped my mom so I had this belief for the longest time that men only wants women for sex, that’s all.

That I’m really not important if not for my vagina.

I thought I was living in hell at the time and all men are demons.

I vowed to never get hurt or abused by men from that time onwards.
I carry a butterfly knife with me everywhere I go even in bed.

It’s the only way I feel protected.

I toughen myself up and learned self-defense moves to protect myself.

I vowed to hurt and use men to my advantage.

When I was in university, I was raped by my boyfriend at the time while on date. He put drugs on my drink.

What a fucking life do I have?!

I was so furious that I beat him up and what he did was ask me to marry him.

Over my dead body.

Oh I hated him and my life…

I ended our relationship that day.

What the fuck is going on?!

I got pregnant from that fucking rape!!!

In my mind, I knew I would never have the baby no matter what, I just couldn’t.

I vowed not to have kids after what I’d been through and what Kind of life o saw from my mom and other women while growing up so there’s no way this was happening to me.

Depressed and lost as to what should I do, I contacted my ex-boyfriend who was responsible for it.

I told him I got pregnant from that night and he really wanted to marry me but it’s a NO!
So he found someone who can help me abort my pregnancy.

Yes, you read that right, and yes I went for an abortion paid by him.
This has been a guilt I’ve been carrying with me for about 20 years.

I went to Taiwan to escape and decided to work there. A Taiwanese whom I thought was a friend attempted to rape me.

After 2 years in Taiwan, I went back to the Philippines then went to Cyprus.

Here, I was almost raped again.

Why the fuck is this fucking rape thing keeps on following me?

Honestly, I’m so angry at myself at that time because why couldn’t I shake this rape thing off of me.

I’m tired of being a subject of sexual abuse and every kind of abuse there is.
It’s as if this fucking dilemma just keeps following me wherever I go.

I can’t seem to escape it or shake it off.

I left Cyprus and went to Rome, Italy and that’s where I met my loving husband and soulmate.

While in Rome, I begun soul searching and begun my spiritual journey. I still didn’t get the answers I was looking for as to why rape has been following me.

At least it stopped in Rome…

I enjoyed my life being in Rome, touring whenever I can. I believed meeting my now husband online while in Rome was meant to be.

I also learned that whatever happened in my life, such as the multiple rapes and attempts, all the abuse, betrayals, severe depression was karmic lessons I was paying for and it’ll keep on happening till I accept the lessons from them.

These experiences showed me how I had been powerless during those times, That I have lost my voice that resulted in me not speaking my truth, hiding behind a mask of pretension, living an inauthentic life. I had a huge breakthrough in my life.

And as I learned to picked myself up and my lessons, I’ve also learned to changed my perspective of life and men in general. And as a mom of to a daughter, I can now teach her and guide her to speak and live her truth, to never hide behind a mask of pretension, how to be brave, how to stand up for herself, to never tolerate any wrong situation and to never give in to fear or worry about judgement and criticism.

And as a mom to a son, I can now show him how to respect girls, to speak and live his truth all the time, to never hide behind a mask of pretension, how to be brave, how to stand up for himself, to never tolerate any wrong situation and to never give in to fear or worry about judgement and criticism. And as a mom, I am able to support my children in their highest and best way possible from all the lessons I’ve learned through my experiences.

It took me very long years to summon the courage to face this darkest place of my life and to share it in public with the intention of showing women who had been sexually abused or who have had that dark moment in their life that there’s light at the end of the tunnel. And I can honestly say that I am completely healed from these traumatic memories and has no more attachment to them in any way.

I had learned to let go and be grateful for all the lessons I’ve received, for the strength and unique perspective I have about situations.

As a healer, I had to understand what it feels like to be in this situation in order to heal other women who’s been through rape…

or else it would be out of integrity.

When I embraced being an energy healer(I came from a very long line of healers both sides of my family, more story about my journey as a healer another day), reawakened my psychic abilities, got connected with the Creator, I am now coming from a place of integrity.

As a coach, mentor and healer, I know not only how you feel, how it is to be powerless, to not have a voice and hide behind a mask that everything is okay, I know how to go there in that scariest, darkest place in your life, hold you by the hand to release those traumatic memories and to heal you at a very deep level so that you can start living your soul’s purpose, doing what you absolutely love and live your life according to your terms.

So, are you ready to feel whole again after so many years of being broken?

Are you ready to claim your power and rise to the top?

Are you ready to start living your truth?

Are you ready to claim your voice back and speak your truth?

Are you ready to get healed from the trauma, betrayal, depression and pain and move forward?

Book your healing session with me now or book your breakthrough call and let’s see we’re a perfect match for coaching.

Looking forward to help you towards your healing journey.

Enter your email address and we will send you a link to reset your password.